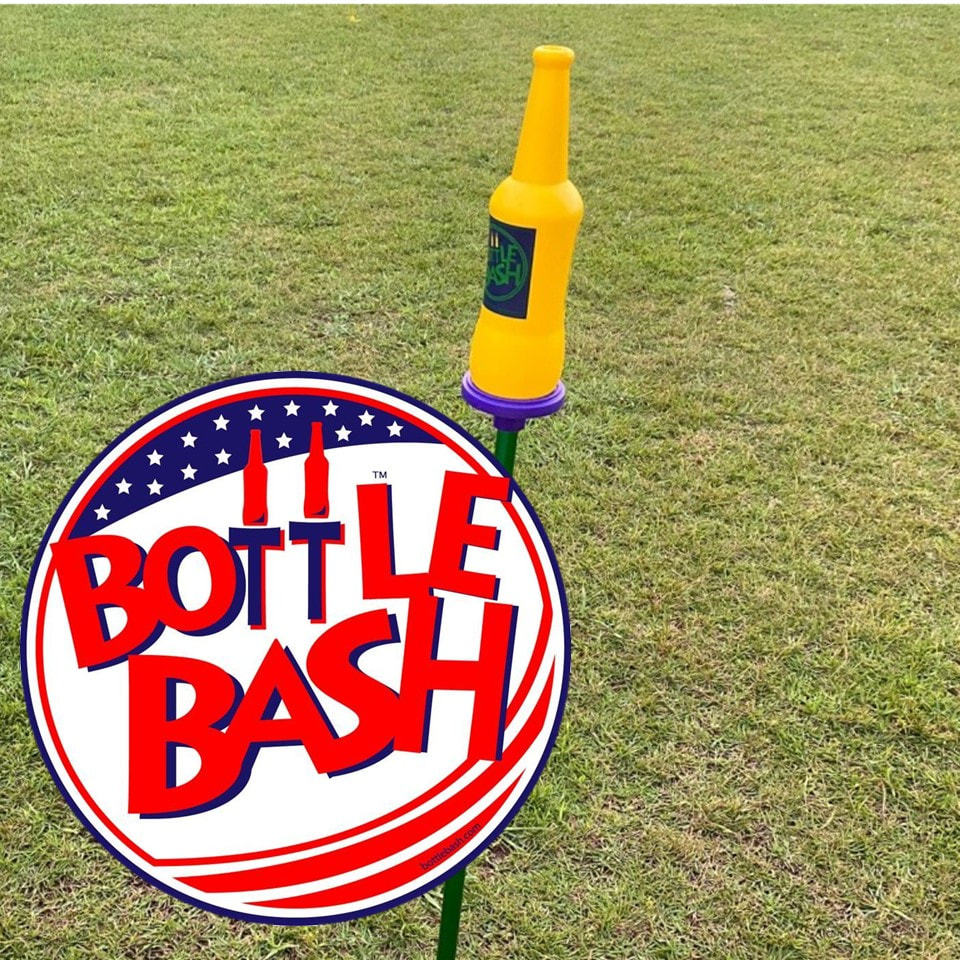 Bottle Bash is a simple and fun frisbee game where you toss a frisbee to knock a plastic bottle off a pole.

Games are played in teams of 2.

This event will be played as a single elimination tournament. Each win will earn points. Point for each win will increase each round. 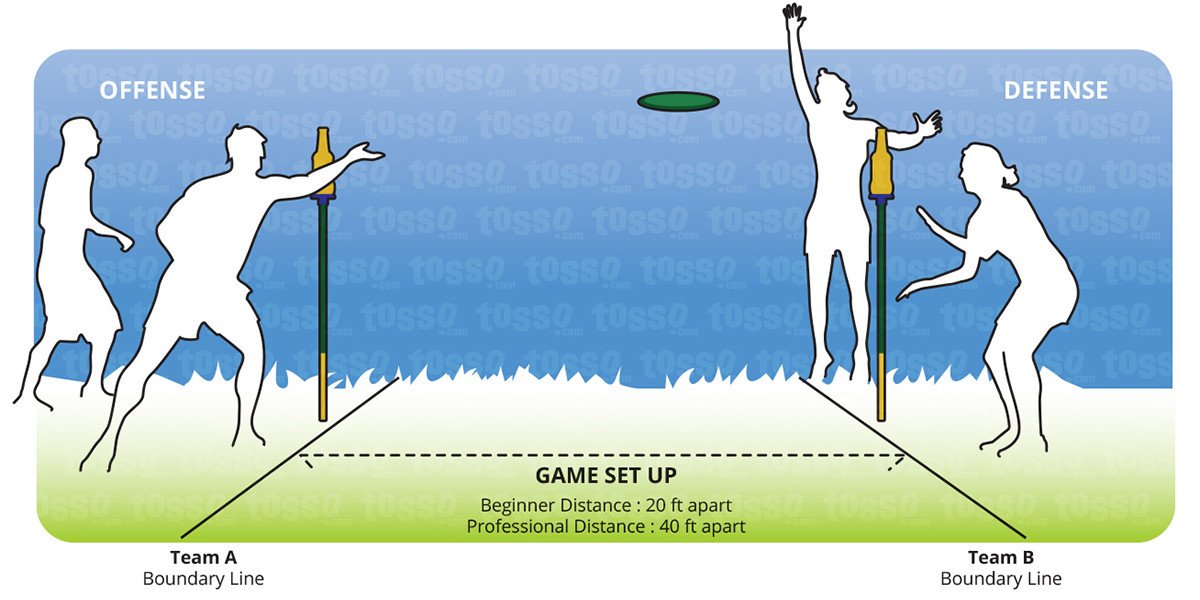 Coin Toss: Games will start with a flip of the frisbee. The winning team will choose which side they want to play from. The team that loses the coin toss will throw first.

Player 1 from Team A tosses the disk in the attempt to hit the pole or the bottle. The defense will attempt to catch the frisbee and the bottle before they hit the ground. The defending team must stay behind the pole at all times. After the throw, Player 1 from Team B will then throw the disk back trying to score points. Player 2 from Team A will then throw, followed by Player 2 from Team B. The game will continue like this with teammates alternating throwing the frisbee.

Scoring Points:
Only the team that is tossing the frisbee can score points. Points are only awarded when the Frisbee or the Bottle hits the ground. If the defending team catches the Frisbee and/or the Bottle no points are awarded.The maximum points that can be scored per round is 3

The "Low Disc Zone" marked on the bottom of your pole indicates where the disc no longer counts for points. If the disc is below this line on a throw points are not awarded to the offensive team.

If the disc is low, but hits the pole, the Bottle is Always Live! This means that although you and your team mate do not have to worry about the disc, you still have to catch the bottle. A low throw that hits the pole and knocks the bottle off will receive 2 points for the bottle only, not the frisbee.

Player knocks the bottle off: Remember the bottle is always live, so if either team bumps into the pole or bottle and it falls to the ground the other team will be awarded 2 points. Pole must be bumped, not from wind or off balance pole or bottle.

Games are played to 11 points. Teams must win by 2 points