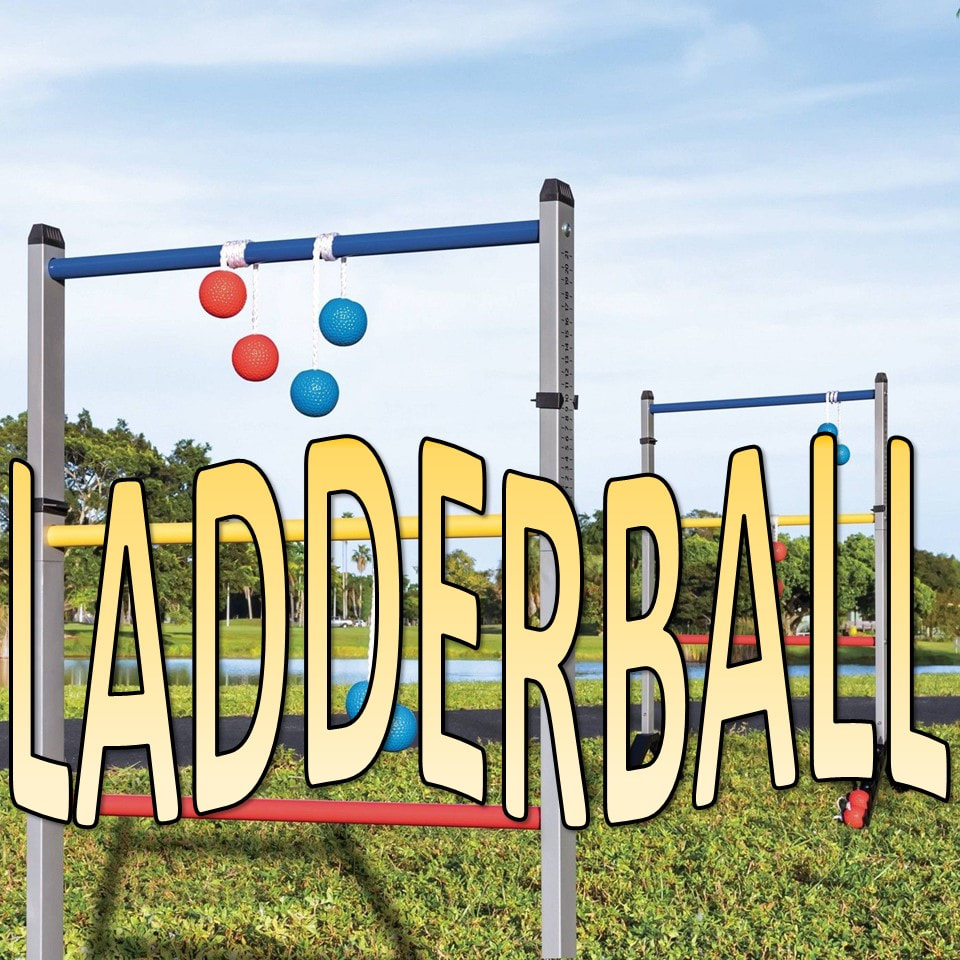 Ladderball is played in teams of 2. This event will be played as a Single Elimination tournament. Every win will earn points. Points for each win will increase each round. EVERY GAME COUNTS!

Ladders will be set up 15’ apart from each other. 1 member from each team will be at each ladder. Teammates must stand directly across from each other and not shift sides when playing.

​Players must remain behind the front edge of the ladder when throwing their bolas.

After all 6 bolas have been thrown, the bolas remaining on the ladder are awarded points. All bolas receive points, there is no cancellation scoring

There is no set way to throw a bola, therefore a player may toss anyway he/she likes and can even bounce a bola on the ground.

It is okay, encouraged even, to knock the bolas of other players off the rungs; in that case, those bolas do not count as points.

The team with the most points at the end of the round throws first the next round. If no points are scored, or both teams have the same number of points, the team that threw last will then throw first the next round, Throwing ALL 3 BOLAS​. Play continues in this fashion until the game ends

The first team to 21 points or more wins, but must win by 2. If teams are both at 21, play continues until a team is ahead by more than 2 points.