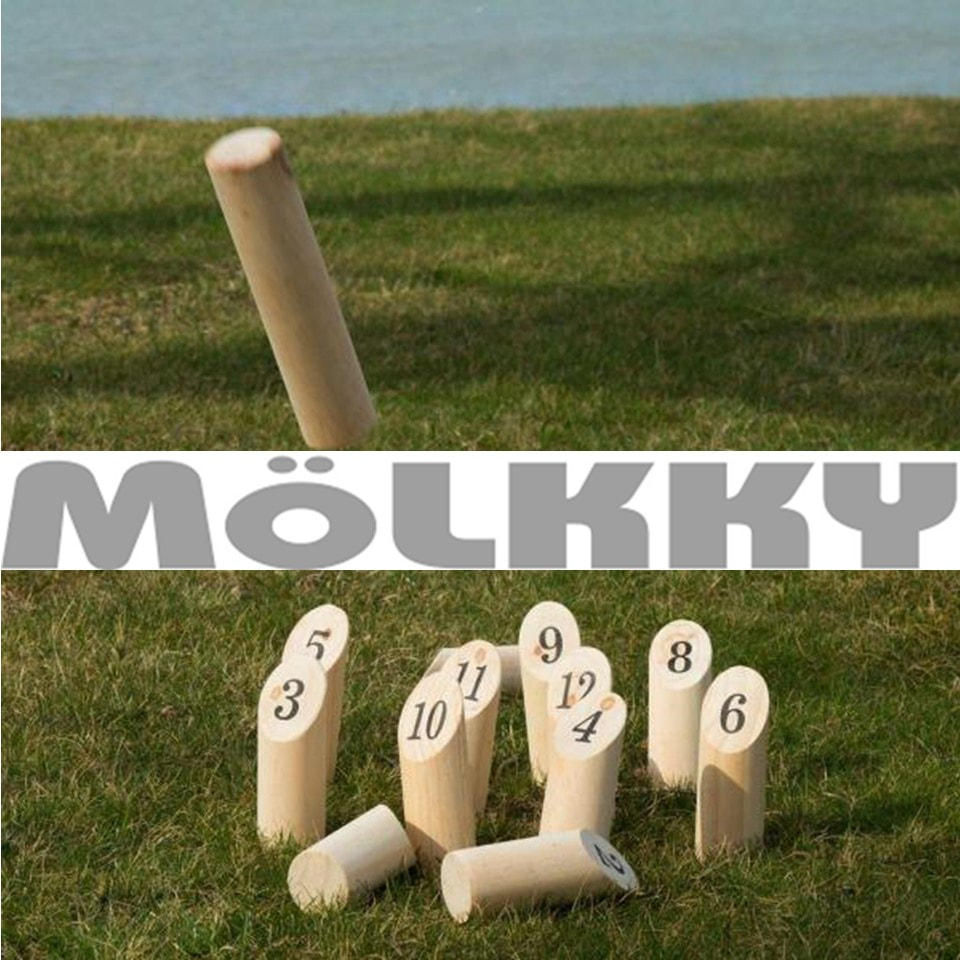 Molkky will be played in teams of two. This will be a single elimination tournament.Every win will earn points. Points for each win will increase each round. EVERY GAME COUNTS!
​
Molkky is a throwing game where you have to aim and throw with technique to hit one or more desired targets. The game has a peculiar scoring pattern that makes winning more challenging. The object of the game is to reach EXACTLY 50 points before your opponent.

GAME SETUP:
To start the game, 12 Skittles - numbered pieces of wood - are placed in a tight formation. See the diagram below of how the skittles should be positioned. A throw line is placed 11 feet from the front row of skittles 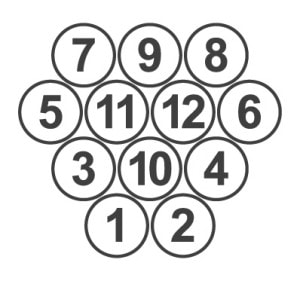